How to report an Absence
When students are absent from school, their absence must be reported within 5 days from the first day missed.  After the 5th day students will be marked as unexcused without parent/guardian communication.
The following are steps on how to report absences:
Attendance - Valid Excused Absence Reasons
Students are expected to be present and punctual for all classes throughout the year. A student’s absence shall be excused for the following reasons per California Education Code 48205:

(2) Due to quarantine under the direction of a county or city health officer.

(3) For the purpose of having medical, dental, optometrical, or chiropractic services rendered.

(5) Due to the illness or medical appointment during school hours of a child of whom the pupil is the custodial parent.

(6) For justifiable personal reasons, including, but not limited to, an appearance in court, attendance at a funeral service, observance of a holiday or ceremony of the pupil’s religion, attendance at religious retreats, attendance at an employment conference, or attendance at an educational conference on the legislative or judicial process offered by a nonprofit organization when the pupil’s absence is requested in writing by the parent or guardian and approved by the principal or a designated representative pursuant to uniform standards established by the governing board.

(7) For the purpose of spending time with a member of the pupil’s immediate family, who is an active duty member of the uniformed services, as defined in Section 49701, and has been called to duty for, is on leave from, or has immediately returned from, deployment to a combat zone or combat support position. Absences granted pursuant to this paragraph shall be granted for a period of time to be determined at the discretion of the superintendent of the school district.

(8) For the purpose of attending the pupil’s naturalization ceremony to become a United States citizen.

(b) A pupil absent from school under this section shall be allowed to complete all assignments and tests missed during the absence that can be reasonably provided and, upon satisfactory completion within a reasonable period of time, shall be given full credit therefor. The teacher of the class from which a pupil is absent shall determine which tests and assignments shall be reasonably equivalent to, but not necessarily identical to, the tests and assignments that the pupil missed during the absence.

(c) For purposes of this section, attendance at religious retreats shall not exceed four days per semester.

The Baldwin Park Unified School District Board Policy BP 5113, Administrative Regulation AR 5113 enforces the California Department of Education compulsory education law.  It requires everyone between the ages of six and eighteen years of age to attend school.  Parents/guardians are required to send their children to school regularly for the full length of the scheduled school day and year.  Family vacations are recommended to be taken during non-school days.  Extended vacations taken while school is in session are considered to be Personnel Unexcused Absences.  Our School Attendance Review Team (SART) monitors all unexcused and excessive excused absences.  Personal unexcused,  30+ minutes of tardiness, truancy and excessive excused absences are calculated from the start of the students enrollment date.  The School Attendance Review Board (SARB) is held at the district office.  This panel consist of 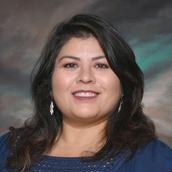